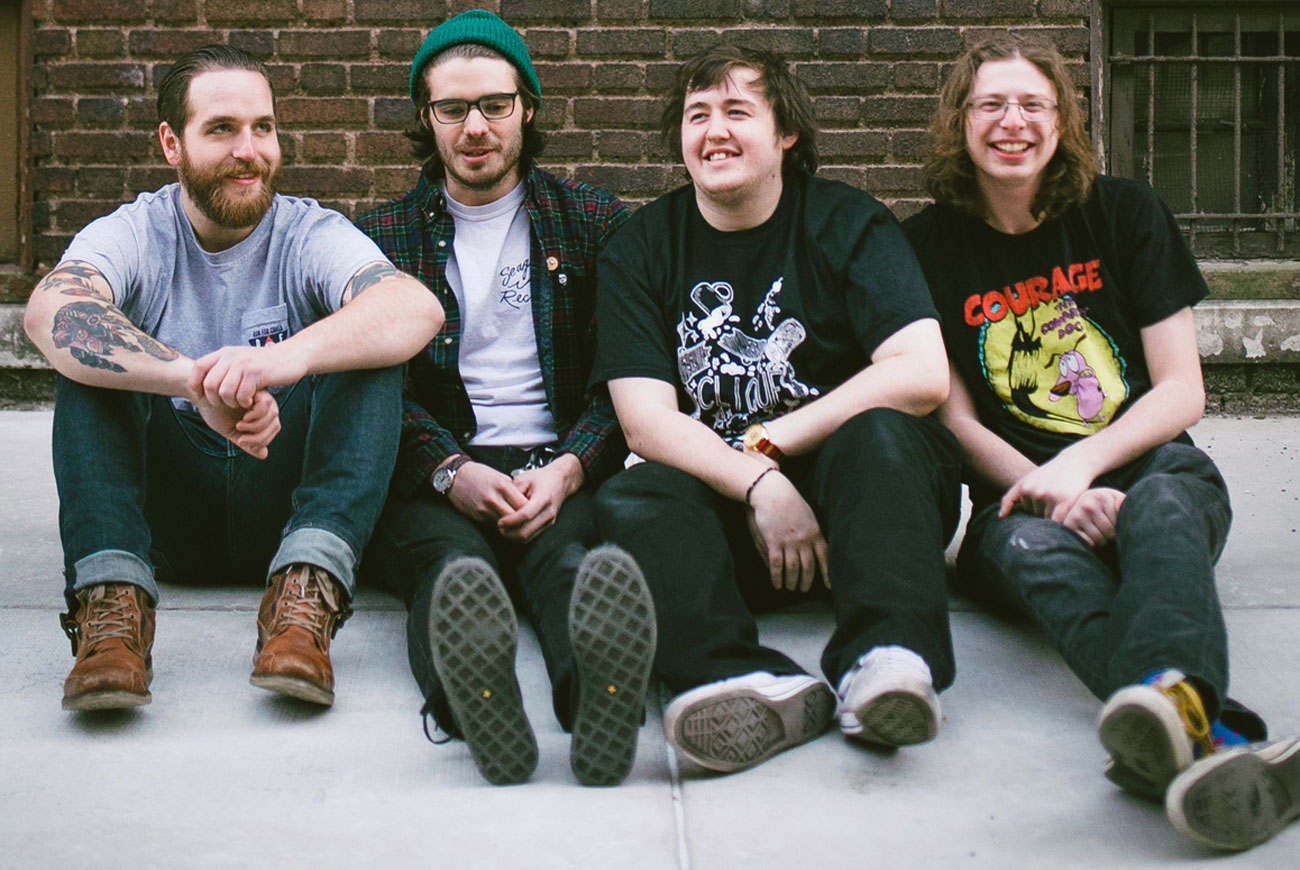 In just a few short years, Modern Baseball have gone from college freshman self-recording their first record to a worldwide phenomenon. Somehow, it feels like just the beginning. In 2016, Modern Baseball will release their new album Holy Ghost through Run For Cover Records. The first album recorded by someone other than the band themselves, Modern Baseball enlisted Joe Reinhart (Hop Along, Joyce Manor) at Headroom Studios in Philadelphia to help refine their sound. Holy Ghost shows off the band’s sonic growth, adding in new influences ranging from The Killers to Pedro The Lion.

In a tight 28 minutes, Holy Ghost covers an impressive emotional range. Throughout the process, co-songwriters Jacob Ewald and Brendan Lukens found themselves in different places writing different songs; so they split the record in half. The record kicks off with six songs from Ewald and ends with five from Lukens. What they ended up with was a complete record of the past two years– the highs alongside the lows, tales from the road and glorious days at home alongside songs of heartbreak and personal struggle.

Modern Baseball began as a high-school acoustic duo in small town Maryland, banding together over a mutual love of Say Anything, Motion City Soundtrack and The Gaslight Anthem. After Lukens and Ewald moved to Philadelphia to each attend separate colleges, they took advantage of the recording studios at Ewald’s university to record their debut full length Sports with fellow student and future bassist Ian Farmer. The band released the album through Lame-O Records in 2012, creating a full lineup with Farmer on bass and classmate Sean Huber on drums. Sports’ unique brand of scrappy indie-punk exuded a relatable charm that pleasantly caught people by surprise. Generating a buzz online and developing strong roots within the incredibly supportive DIY Philadelphia scene, Modern Baseball grew at a remarkable speed, quickly becoming one of the most popular bands in the punk and indie rock community.

The band quickly gained the attention of Run For Cover Records, who signed the young punks in early 2013. With a goofy and sweet stage presence, Modern Baseball saw their fans multiplying as they toured across the country on school breaks. Finding a deep connection in their tremendous honesty and earnestness, people flocked to the band from all corners of the punk, pop and indie scenes. By the time they released their follow up record You’re Gonna Miss It All in 2014, Modern Baseball had built a solid foundation of buzz and deeply passionate fans. The record charted at #97 on Billboard’s Top 200 and led them to tours with bands like The Wonder Years, Into It. Over It., The Menzingers, and even their high school heroes, Say Anything, as they toured across the US, the UK and Europe.

Modern Baseball’s music matures as its members mature, evident in the darker sound and lyrical focus of their 2015 EP The Perfect Cast. Still flaunting their signature sincerity, the band turns their adolescent nervous energy into insightful emotional awareness and sonic power. In 2016, Modern Baseball will release Holy Ghost through Run For Cover Records. The highly anticipated album brings a newfound weight to the band, as they continue to grow emotionally and musically with each new release. 2016 looks to launch the band into even greater things, bringing their fans along as they become a slightly older, slightly more profound version of Modern Baseball.