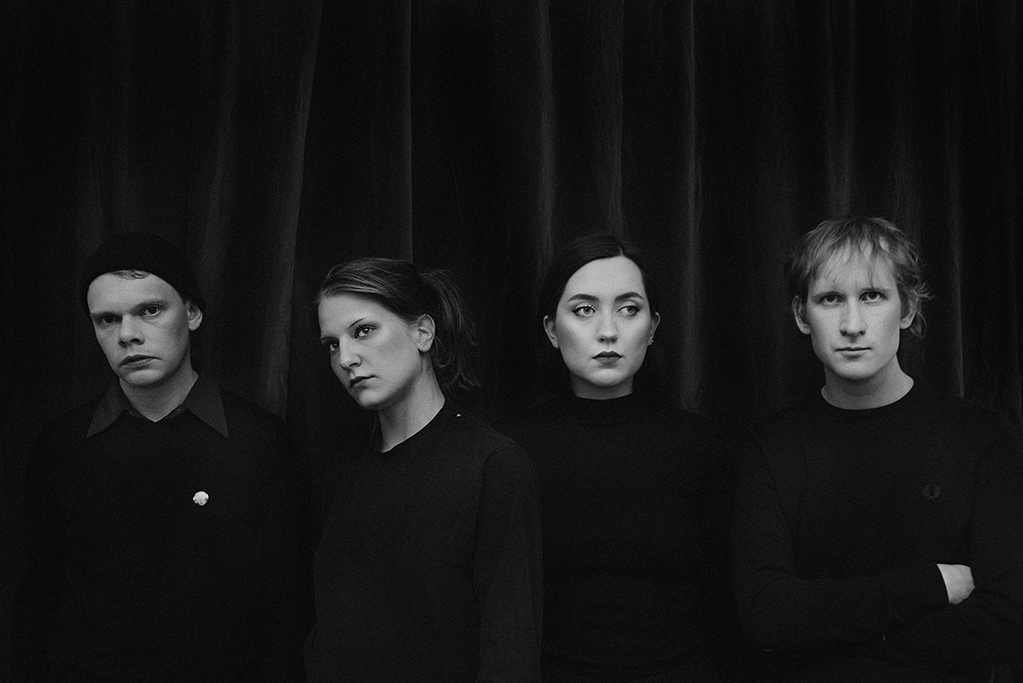 Deep at the heart of Makthaverskan’s new album Ill lies a burning desire, a longing to find compassion against a global backdrop where love in all its forms feels as if its being sucked from our lives. Led by vocalist Maja Milner’s barbed wail, Ill is Makthaverskan turning their sights on the world at large, chasing hope and understanding in a time when it can seem impossible to find either.

Based in Gothenburg, Sweden, the post punk five-piece roused a worldwide following with the single “No Mercy” and the release of their sophomore album II via Boston’s Run For Cover and Sweden’s Luxury Records. The failure of love and loss of innocence that punctuated II and No Mercy's searing condemnation of “fuck you for fucking me when I was seventeen” however no longer dominate Milner’s worldview on Ill. Here, each new day is a cyclical curse for Milner as she sings on “Leda,” “I wake up feeling worse every day.”

Makthaverskan’s III represents the band’s most focused songwriting, patiently recorded over the last three years as a leaner four-piece with producer Hans Olsson Brookes. Where past records were collections of scattered songs, III conveys an intentional cohesion. At the core is Milner’s austere purview. She turns her feminine powers against society, rather than the wreckage of her past, yet still exploring themes of what can and cannot be controlled. “In My Dreams,” takes the perspective of dreams as an opportunity to play out the grand possibilities of love, knowing that once she’s awake they're out of her hands.

Despite this, Makthaverskan are far from defeated. On “Eden”, Milner struggles to find her place in a society increasingly divided by hatred (“humanity equals misery / there’s nothing here to see / Is this what we want, or is it all we know?”). On “Comfort” she finds trust in a stranger - refusing to give up hope. In fact, Makthaverskan is a band built to overcome. Even when Milner’s lyrics suggest the bleak - raw, unbridled energy pulsates through III. “Witness” showcases the rhythm section on overdrive with an intensity that carries over into the erratic pace of “Eden” and “Front.” For all the disillusionment that Milner dishes out, behind her is a monolithic sound that broods in unison yet shimmers with hope.

With the band navigating through their mid-to-late twenties, closer “Days Turn Into Years” encapsulates the biological shift in how time is felt and internalized. The band subdues its lilting chords ever-so slightly and Milner slips into a lower register for the refrain. This is Makthaverskan settling in, but not relinquishing to complacency.